When a collection between Virgil Abloh and Nike was announced in 2016, the sneaker community was excited. “The Ten” as it was dubbed saw Abloh reinterpret 10 Nike silhouettes. Though there was a wide variety of choices, there was really only one winner: the Air Jordan 1. Originally dropping in the classic Chicago colourway, sneakerheads were treated to two more versions of the shoe; the NRG and UNC. The latter referenced Jordan’s time as part of the University of North Carolina’s Tar Heels.

There are fewer sneakers more revered in the sneaker industry than Off-White™ x Air Jordan 1s. The UNC colourway originally dropped in 2018 and was met with widespread delight. Since then, the shoe has only grown in value. Of course, like any Off-White™ x Nike sneaker, the UNCs have been copied and replicated by many.

As with any KLEKT Real vs Fake guide, we want to test you before we start. One of the UNC Off-White™ Jordans below is fake, but can you tell which is which? With fakes getting better and better these days, it can be hard to legit check Off-White™ Jordans. Take a guess and we’ll reveal which is real and which is fake later.

We may say this a lot, but one of the easiest ways to determine whether or not a sneaker is fake or not is the price. It can be a big factor when determining the authenticity of your sneakers, especially shoes as rare as this.

Originally costing £160/€190, the Off-White™ Jordan 1 UNC has risen significantly beyond that. Resell prices today sit at well above €1400, meaning that they are certainly not cheap. With that in mind, if the price seems as though it is too good to be true, that usually means that it is.

If you thought that the top shoe was the real Off-White™ x Air Jordan 1…you were correct! This was definitely one of the better fake Air Jordan 1 Off-White™ sneakers that we have seen. Although they may seem relatively close, there is a number of key differences. Let’s get started.

One of the key areas that replica Off-White™ Jordan 1s always seem to get wrong is the plastic wrap on the inside of the box. This same wrap was used on the Off-White™ Air Jordan 1 NRG too so you can use this tip to legit check those too.

The plastic wrap on the inside of the real box has clearly printed text with thin white lines. However, on the fake, this text is blotchy and the white lines are too thick, a sign of poor quality from the replicator. On closer inspection, you can see that the text on the fake plastic wrap looks squashed.

Another key difference between these real vs fake Off-White™ Jordan 1s is the Jumpman. On this particular box, there is a gold Jumpman logo; one of the most iconic symbols in sneaker history.

When taking a closer look, there is a clear difference between the real and fake Jumpman logo. On the fake Jordan box, the Jordan logo on the box sticker is extremely glossy and shines. However, the real box uses a crisper gold with no shine, a big difference.

The Laces and Zip Tie

One of the signature parts of any Off-White™ x Nike sneaker is the laces and zip tie. The unique details feature text printed across them, making for one of the most easily detectable ways to spot a fake pair of Off-White™ shoes.

When it comes to the laces, these fake Jordan 1 Off-White™ shoes have got it pretty wrong. The printing on the fake laces highlights the thick blotchy ink used which makes the laces hard. Additionally, if you take a look at the real laces, this printed text is light, well-defined which lets the laces move as they should.

The poor ink used on the fake also means the edges of the letters are not as defined as the ink bleeds.  However, on the real laces, this ink uses straight lines, making it clear for the most part.

This may have been one of the better fake Jordan 1 UNCs that we have seen but there were still flaws on the zip tie. On this zip tie, the main difference is that the fake tag has a matte finish, unlike the real which is very glossy. This means the printing of the white text is less visible on the fake in comparison to the real. Fake Off-White™ tags are easy to spot when you know what to look for!

As with all Off-White™ Jordan 1s, the upper can show you a number of things to look out for. Since the Off-White™ Air Jordan 1 “Chicago” dropped back in 2017, replicators have failed time and again to correct some of these differences. These can be the easiest way to legit check Off-White™ Jordan 1s so pay attention.

The main area that most fake Off-White™ Jordan 1s get wrong is the foam at the top at the ankle. This also applies to the foam in the middle of the shoe. As you can see below, the foam in the centre of the fake shoe is too white, in comparison to the real which is an off white/cream again.

On the real pair, the top is usually quite rough and never perfectly white. As time has gone on, the oxidisation of this material has made it change colour slightly. This process is completely normal and the shoes should look like this. However, on the fake, the foam is pure white and perfectly cut; a big giveaway.

The blue heel section on the fake Off-White™ Jordan UNC is quite similar, however, the main difference is actually the feel of it. Whilst this fake is very close to the real thing, the feel in person makes all the difference. The fake is really soft and easy to press, however, the real pair is quite firm.

Easily one of the biggest signs to look for in replica Off-White™ Jordan 1s is the floating “AIR” text on the midsole. As with all Off-White™ Air Jordan 1s, this text plays a pivotal role in determining whether they are real or not. This particular Jordan 1 Off-White™ replica is close but still did not get it quite right. The “AIR” is floating in the middle of the midsole on the real, with equal space above and below. However, the fake is printed too far down and closer to the edge.

If you’ve been following the KLEKT Real vs Fake guides for a while now, then you’ll know our final test. UV light can help you determine the authenticity of any shoe. This is because replicators often leave behind little signs which the human eye cannot detect. This replica Off-White™ Jordan 1 is no different, with the UV light showing some interesting signs.

When UV light is placed over the orange tab of it should all light up the same colour, which you can see on the real. However, the fake shoe lights up differently, with the stitching being brighter than the orange tab. You can see this on the small stitching at the tip of the Swoosh also.

On the real Off-White™ Jordan, the mesh section in the middle of the upper should have a nice glow to it with the vertical line detail illuminating in the centre and then not lighting on the side. However, on the fake, the entire section lights up.

So that concludes this guide on how to spot fake Off-White™ Jordan 1 UNCs. Below you’ll find a recap of what we covered:

We hope you enjoyed this guide on how to tell fake Off-White™ Jordan 1s. These particular Off-White™ x Nike Air Jordan 1s still carry a high resell price. Given that The 10 was so popular, it is no surprise that these sneakers remain so costly. Off-White™ UNCs constantly come through the KLEKT HQ and with that in mind, we thought it was time to write a guide on how to spot them. As with all of our guides, they’re designed to help you spot the fakes with ease.

If you’re looking at copping a pair of Off-White™ UNC Jordan 1s and don’t want the stress, cop on KLEKT! Our team of dedicated authenticators carries out legit checks on every item, making it the best way to get your items without the fear of fakes. Head to the KLEKT store today and cop your Off-White™ Air Jordan 1s!

AMBUSH is Dropping a Playful Series of Jewellery 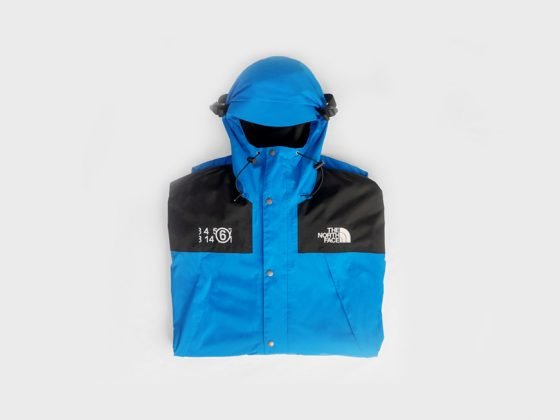