In 2018, Los Angeles based retailer Union LA dropped Arguably one of the best Air Jordan 1 packs in recent history. Two shoes seamlessly blended two iconic colourways of the Jordan 1 together; giving sneakerheads the best of both worlds in the process. The Union Jordan 1 release was also one of the biggest pranks by any brand. Fans had the chance to buy the shoes at a flea market, with many questioning the authenticity of the sneaker. Union had the last laugh, however.

The Union Air Jordan 1s are an example of how less is more when it comes to collabs. As time has gone by, the resell value surrounding the Union LA x Jordan 1 has only continued to rise. However, with there being so much demand surrounding this shoe, a number of fakes have since flooded the market.

Fake Union LA x Air Jordan 1s are getting better and better with each new batch. Here at KLEKT HQ, we’ve seen a number of these fake Jordans come through our authentication lab, each being better than the last. For this latest episode in our fake education series, we’re showing you how to spot fake Union Air Jordan 1s. We’ll be teaching you the key areas to check for, as well as some big discrepancies that you can spot early on. Without further delay, let’s show you how to tell fake Union Jordans.

As with any KLEKT Real vs Fake guide, we’re putting your knowledge to the test straight away. One of the Union LA Jordans below is authentic and one is a replica. Which do you think is which?

As with any sneaker you’re looking to buy, the price can be a big giveaway. With a retail price of £160/€190, the Air Jordan 1 Union LA ‘Storm Blue’ now sells for upwards of £1,100/€1,295; no small amount of money. If you’ve found a pair that is suspiciously cheap, or is well below the market resell price, then chances are it will be a fake.

If it’s too good to be true then it usually is!

Those of you who said that the shoe on the right was the authentic pair, congratulations…you were right! This is definitely one of the best fake Union Jordans that we have seen come through the authentication lab. If you got it wrong then don’t worry, we’ll teach you exactly what the differences are between these two sneakers below.

As we mentioned earlier, this was one of the better fake Union Jordan 1s that we have looked at. The box alone was extremely close to the authentic pair, but there were a few discrepancies that we will show you below.

Union LA had a special box for its Jordan 1 collaboration. This box featured graphic prints of classic Jordan adverts and was a nod to the success of Michael Jordan’s career.

On the real box, you can see that these graphics are all very bright and printed perfectly. The colours are extremely vibrant on each separate advert, with the detail on each being easily visible. You can also see that the red Jumpman logo in the middle is bright red and printed cleanly.

However, the fake is nowhere near as good quality. The prints across the box look very faded and have a slightly washed look to them. You can see this in more detail on the cartoon Jordan advert (1) where the colours are not as bright.

As with all Jordan boxes, the font pays a very big part in determining authenticity. You can see on the real box that the font is thicker across the shoe name and the size: “10” (2). This boldness has not been replicated on the fake box and you can easily see this.

Carrying on with the font, another difference on this fake is the spacing between the font. You can see on the product name on the real box that there is an even gap between “NRG/UN” However, on the fake box, these letters are extremely close together.

When we opened these Air Jordan 1 x Union LA sneakers up, there were a number of differences that we spotted right away which you can see below.

However, on the fake Union Jordans, you can see that the pair has used the yellow laces from the start. The additional laces on the fake pair being another yellow set and the beige with black tips and included a piece of tape to hold them in place. Additionally, the fake came with a pair of Off-White™ socks, a big giveaway that these were replicas.

As with any Air Jordan 1, the stitching plays a big part. However, on the Union Jordans, the stitching is even more important. Union LA stitched two classic Jordan colourways together across the heel. You can see in the image below (1) that the stitching is much tighter at the start and the middle of the heel. However, the fake pair uses the same stitching pattern throughout, a big giveaway that is easy to spot.

When it comes to the collar on this shoe, there is also a big difference between the thread used. The thread closest to the laces (3) is much thicker on the real and is different from the thread that can be seen around the rest of the shoe. However, the fake pair has used the same thread across the entire upper, a mistake that is easily spottable.

Union LA really put the effort into this design. There are a number of unique details across this sneaker which can be seen below. Union and Jordan certainly didn’t hold back when it came to this Air Jordan 1 and the use of premium materials is what makes the shoe so desirable. However, there are a number of differences between the real vs fake Union Jordans that we will show you below.

As with all Jordan 1s, the tongue tag plays a vital role in determining whether or not the shoes are real or fake. On the AJ1 Union, the tongue tag should be pulled slightly up around the tongue (1). This means that the writing on the back should not be visible when you look at it. However, on the fake, you can just see this text starting to creep up over the top; a big giveaway that these sneakers are not the real deal.

The leather Air Jordan 1s has a raw edge throughout; with the Jordan 1 Union being no different. You can see that the leather has a slight blue colour to it around the edge (2) and looks almost frayed. However, there is little fraying on the fake Union Jordan 1s, something you can see when you look up close.

Finally, we come to the UV test. If you’ve been reading KLEKT’s Real vs Fake guides for a while, you know that UV light can bring up some interesting differences that the naked eye can’t see. For those of you don’t own a UV light, we could not recommend getting one enough. They are a handy tool that can help you to spot fake sneakers.

One of the most unique details on the Union LA x Air Jordan 1 is the tab found on the collar of the shoe underneath the Wings logo. The tab reads “UN/LA” and should light up green when under UV light. However, as you can see on the fake Union Air Jordan 1, this tab does not light up at all. If you want to know how to tell fake Union Jordan 1s, then the UV light test can really help.

Union LA Jordan 1s have a cream midsole which helps to give this shoe its retro vibe. Under the UV light, this cream midsole lights up in the cream colour again, however, the fake Jordan 1 Union LA does not light up at all. Even the best fake Jordans are unable to get the small details right.

If you want to know how to tell fake Union Jordan 1s, just remember the below:

We hope that you found this Real vs Fake guide handy. Fake Union Jordans are cropping up more and more frequently nowadays, making it harder to know if your pair is genuine or not. Los Angeles Jordan 1s don’t get much more hyped than this too, with the prices still well above the €1,000+ mark. Knowing how to tell fake Union Air Jordan 1s is a good skill for any sneakerhead, with some fake Air Jordan symbols being easier to spot than others.

If you’re looking to cop a pair of UNLA Jordan 1s, then why not head to KLEKT. We have a team of authenticators that take all the stress out of copping your new items. Why take the risk and cop some Union Jordans that might be fake? Head to KLEKT today and cop your Union J’s! 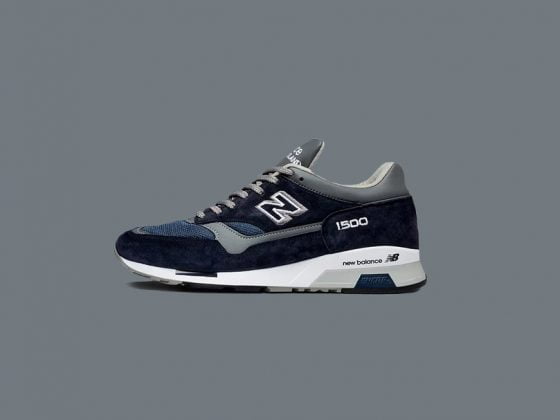