The Air Jordan 1 Chicago is perhaps the most recognisable sneaker design. In 2022, Nike are dropping the Lost & Found edition of the colourway, inspired by the sneaker’s enduring classic status since the 80s. To find out what makes it a classic, here’s everything you need to know about the Air Jordan 1 Chicago.

In 1985, Nike designer Peter Moore had set to work on the first signature shoe for rising NBA superstar Michael Jordan. There were 15 OG colourways that the Jordan 1 dropped in during the 80s. Arguably the two most iconic colourways are the Chicago and the Bred/Banned. The Bred helped launch the Air Jordan with a campaign based on the story that Michael Jordan was fined $5000 every time he wore them.

After this campaign, the Chicago became the colourway that MJ wore throughout the majority of the 1985 NBA season. The shoe was a perfect showcase for the Bulls’ colours, with red overlays and a black Swoosh over a white base. Not as controversial sure, but just as iconic.

The Chicago was present alongside MJ for some of his greatest moments. The pair he wore when he shattered the backboard during a 1985 Nike exhibition match in Italy auctioned for $615,000 in 2020. But the Chicagos weren’t just there during his rise, Jordan wore a classic pair during his last game with the Bulls at Madison Square Garden.

While the Jordan 1 is a recurring streetwear staple today, after 1986 it actually wasn’t retro’d by Nike until 1994. By then, Jordan Brand were already on the AJX. Many consider the 94 Retro to be the best rendition of the Jordan 1.

The Chicago colours appear throughout the Jordan and Nike lines. However, releases of the AJ1 Chicago itself still remain a rarity. It didn’t retro again until 2013, this time with Jumpman branding on the tongue instead of Nike Air, meaning this wasn’t a true OG release. It didn’t take long for purists to get their fix, with another OG Retro dropping in 2015. 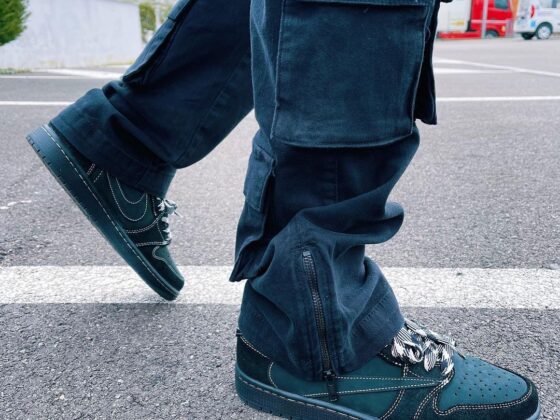