It’s been a wild few years for Travis Scott. The Houston born rapper has released hit songs, launched a crazy festival and dropped a number of striking sneaker collabs. One of the most hyped shoes of 2019 was, in fact, Travis Scott’s Air Jordan 6. With the “JackBoys” Nike SB Dunk Low set to drop next week, fans will have the chance to cop another sneaker from the SICKOMODE rapper. However, rumours are beginning to spread that a Travis Scott x Air Jordan 3 could be in the works.

Although the information is scarce, early reports suggest we could be seeing a Travis Scott Jordan 3 later this year. According to sneaker source Sole Debrief, a Cactus Jack AJ3 is on the way. Though there is only one mock-up image based on the description, the shoe uses an earthy colour palette similar to the Travis Scott x Air Jordan 1 Low.

Of course, Travis Scott is no stranger to his fair share of exclusive Air Jordans. His purple and mocha Air Jordan 4s have set the sneaker world on fire, with fans paying tens of thousands to get a pair. The yellow Cactus Jack x Air Jordan 6 is also yet to see a release date, leaving fans questioning when (or if) they will ever see the light of day. 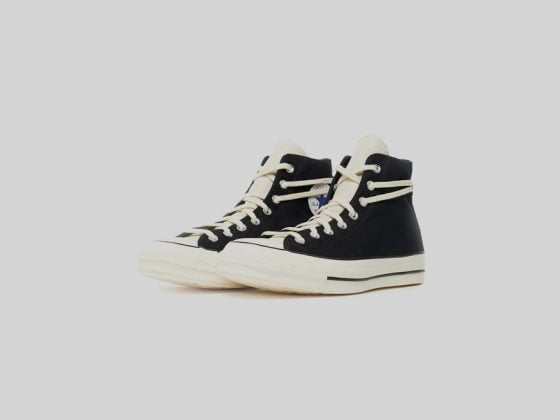 Fear of God Essentials Teams Up with Converse Once More