Following on from the “Infrared” iteration that dropped last year, it looks as though another Air Max 90 inspired Nike SB Dunk Low is in the works titled “Laser Blue”. After the success of the “Infrared” pair, it seems only right that another AM90 SB Dunk should drop. From the first glimpse, these are going to be a must-cop this summer. Thankfully, we’ve got some detailed images of this SB Dunk ahead of its release.

Taking this classic Air Max colourway, the “Laser Blue” crossover has been perfectly executed on this SB Dunk. A combination of white mesh and leather sets the perfect blank canvas for the accents to work against. Black leather on the heel creates a nice contrast against the light grey suede Swoosh too. Laser blue accents can be seen on the heel tab and on the tongue, adding a nice splash of colour. Sitting atop a white midsole and blue sole, this is a slick addition to the year’s SB Dunk lineup.

If you like the look of the Nike SB Dunk Low “Laser Blue” then sit tight. According to sources, the shoe should release later this year. Right now, there isn’t a drop date but many believe the shoe will arrive in Fall. Check out the first images below and let us know if you’ll be copping these Dunks. 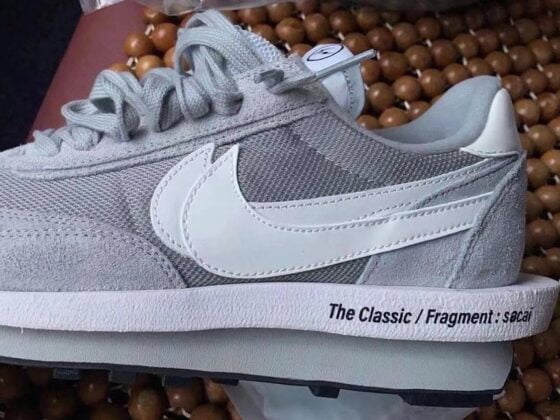