Earlier this year, the Nike Air Ship made its return as part of the Jordan Brand “New Beginnings” pack. The sneaker is equally as important to the Air Jordan legacy as the Air Jordan 1, something that was honoured in the aforementioned release. As the original shoe that His Airness wore on the court for the Chicago Bulls, the Nike Air Ship is a key sneaker in Jordan’s career. Now, after a 36-year hiatus, the original “Banned” Nike sneaker is making a return.

As many sneakerheads will know, the Nike Air Ship was the sneaker that the NBA banned back in 1986. This helped launch the Nike Air Jordan 1 with dramatic success, making the Jordan Brand legacy what it is today. Thankfully, Nike will be bringing back the Air Ship in its true OG form, sticking as close to the original shape and colouring as possible. Black and red leather has been used throughout, as well as the “Air Jordan” stamp on the heel signifying the prelude to the Air Jordan line.

Although this may not be as hyped as the “Bred” Jordan 1, its arguably one of the most important sneakers in history. If you like the look of the upcoming Nike Air Ship “Banned” then you don’t have long to wait. The sneaker is set to release on August 7th exclusively at Back Door Bottega in limited quantities. Check out the images below and let us know if you’re felling these OG Nikes.

Take a Closer Look at the New Balance 327 “Undyed” 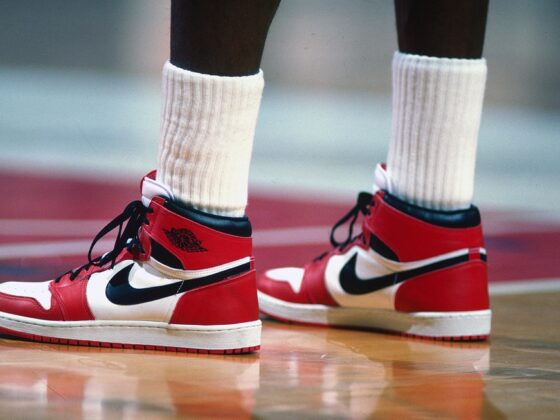 Behind the Design: Air Jordan 1