Earlier this year, Virgil Abloh showcased his Louis Vuitton FW20 collection in Paris. The collection was hailed around the world, breathing new life into the famous French fashion house. However, it wasn’t just the clothes that caught the attention of the fashion industry. Abloh was spotted wearing a never before seen sample of his Off-White™ x Nike Air Force 1 “MCA,” something the sneaker community was quick to spot. Well, now a pair has come up for sale online with some detailed images.

The ultra-rare Off-White™ x Nike Air Force 1 “MCA” sample has a few noticeable differences to the version that released. A black midsole has been used, something that the retail version did not. However, it is the double-lacing system that is arguably the most defining feature on this Off-White™ x Air Force 1. Much like the Off-White™ x Nike Dunks, this AF1 boasts a set of blue laces that zig-zag across the upper.

Other notable details include the use of a black tag under the Swoosh, compared to the red used on the retail pair. Black stitching also surrounds the Swoosh on this version, unlike the white thread that we saw on the pair that dropped. Of course, there are also multiple similarities between this Off-White™ x Nike Air Force 1 sample and the retail release pair. The familiar bright blue leather remains the same, as does the printed text on the medial side and shoelaces.

If you’re feeling these Off-White™ x Nike Air Force 1 “MCA” samples, you better have deep pockets. The pair is currently up for sale online for a cool €10,000 on the secondary market. Of course, if you can’t afford that, not to worry. You can still cop the Off-White™ x Nike Air Force 1 “MCA” here on KLEKT. Check out the images below and let us know if you’d cop these sample AF1s. 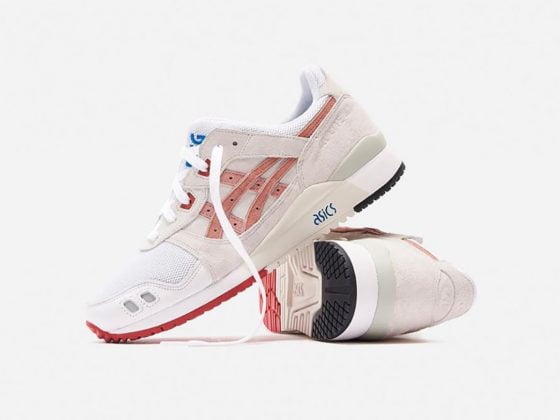 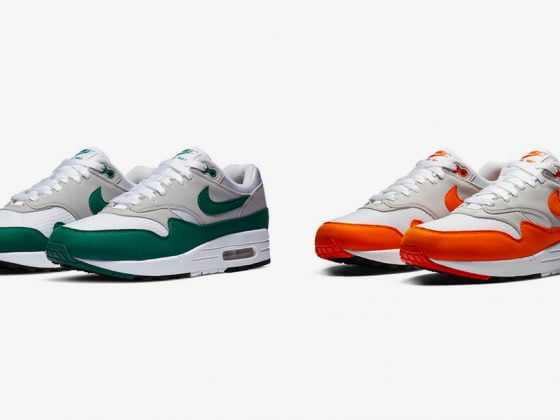 Nike Is Celebrating the Air Max 1 With an “Anniversary” Pack