Whilst the news of the Off-White™ x Futura Laboratories Nike Dunk Low is not new, the pair has remained an enigma in the scene for the best part of 18 months. Originally previewed at the Off-White™ x SS20 show, the unreleased collaboration is something of a grail, to say the least. Over the past year or so, there’s been the occasional sighting here and there, but that’s it. Thankfully, that’s all changing. Now, rumours are beginning to circulate that these Dunks could, in fact, be dropping soon.

The two pairs are both equally as eye-catching. First up is an orange and navy pair which features custom artwork by Futura on the tongue, midsection and collar. Secondly, there is a University of North Carolina inspired colourway; constructed in a white and powder blue throughout. Leather makes up the base of both sneakers, with familiar Off-White™ detailing coming as standard. The instantly recognisable lacing system and text on the side is an instant giveaway as to who these shoes are by.

It’s the smaller details on this pair that really set it apart though. On the heel, Futura’s “FL” signature can be seen, with a handwritten style “Nike Dunk Low” also being by the artist. Co-branding on the tongue tag bears the two collaborators alongside the Swoosh in the form of “Nike OW” and “Nike FL”. Things don’t stop there either, with a custom artwork adorning the insole before being rounded off with a simple Nike logo at the heel.

As for now, there are no further details in terms of release info or pricing. With the last Off-White™ x Nike Dunk Low trio dropping in December 2019 for €170, we’d hope its around the same. Head back to KLEKTIVE where we’ll keep you updated on this drop when we find out more. For now, check out the images below and let us know if you’d cop.

Off-White™ Remains the Hottest Brand in the World 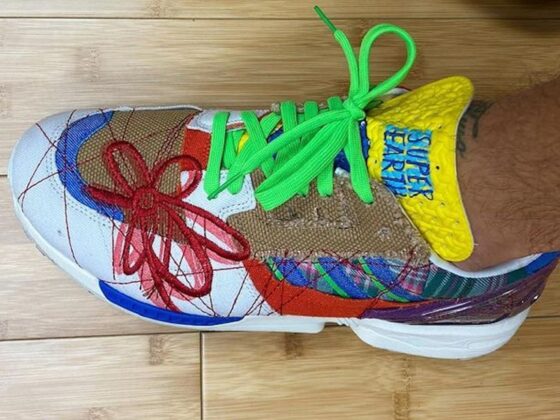