For as long as the Air Max line has been running, there have been women’s exclusive Air Max. For more than three decades, Nike has been cooking up women’s Air Max that has been every bit as good as the men’s. We’ve seen some of the most sought after pairs on the planet drop in women’s sizing as well as some classic women’s collaborations. With that in mind, we thought it was about time to make a list of the best women’s Air Max.

Over the past 34 years, Nike has always given women a great selection of Air Max colourways. From general releases to highly regarded collabs, there’s been some great women’s Air Max to drop. Today, we’ll be celebrating some of those pairs. Thankfully, there was a lot of pairs to choose from and whittling this down to just 10 was very tough. However, we think that you’ll appreciate the selections available. Without further delay, let’s take a closer look at 10 of the best women’s Air Max to ever release!

Kicking this list off with an absolute banger is the Staple Design x Nike Air Max 90 WMNS “Navigation Pack”. Despite there being six pairs of shoes in the “Navigation Pack”, it was the women’s colourways that really stole the show. Blue leather overlays paired with a light grey meg created a nice base for the graphic laden overlay to shine. Inspired by the New York, Jeff Staple used a laser-etched aerial view of the city, a knowing nod to his love of the pigeon. Sitting atop a speckled midsole and using hiking style soles, the women’s Navigation Air Max 90 is without a doubt one of our favourites.

When Nike launched its Air Max 1 Pinnacle pack in 2017, it was arguably one of the best drops of the year. Premium materials, well-balanced colourways and a whole host of heat ensured that the Pinnacle pack was one to remember. Of all the pairs though, the Nike Air Max 1 WMNS Pinnacle “Mushroom” was by far the most sought after. The perfectly executed beige and cream tones worked perfectly throughout this women’s Air Max 1. A black pebbled leather Swoosh against soft suede was also a highlight, creating a nice contrast from the perforated leather. Four years later and these look just as good now as they did then!

In this writer’s humble opinion, this is quite possibly the greatest Nike Air Max Plus TN of all time. In 2004, Nike dropped a number of memorable Air Max Plus sneakers for women, but none were as memorable as the “Cyclone”. The bright blue upper complete with a gradient effect was a smash hit, as were the aqua coloured details used on the veins and Swoosh. Finally, a white midsole unit with green air units rounded the TN off, making this one of the best women’s Nike Air Max in history.

2004 was definitely a great year for Nike Air Max. It seemed the Swoosh could do no wrong and began dropping a whole host of great women’s Air Max too. One of the most highly coveted Air Max 1s of all time was and still is the WMNS “Grape” from ’04. White nylon, leather and mesh made the perfect base for a light grey suede overlay to shine. The real highlight of this shoe though was the purple detailing throughout. Covering the Swoosh, both regular and jewel, “Nike Air” and sole, it’s hard to beat this women’s Nike Air Max 1. Who else wants a retro?

There are some colourways that will always stand the test of time. When Nike launched the Air Max III in 1990 (it would become the Air Max 90 in 2000 to celebrate the 10th anniversary), it was a phenomenal sneaker. Although the “Radiant Red” colourway was the star, there were a number of women’s Air Max 90 colourways that were just as good. One of those was the “Eggplant”.

A simple white mesh base was accented by a rich purple leather mudguard to give it its “Eggplant” moniker. Bright pink detailing on the Swoosh, heel tab and toe added another dimension to the women’s Air Max 90 OG, alongside a white satin tongue for good measure. Over the last 31 years, the “Eggplant” Air Max 90 has only been retroed twice. Thankfully, one of those was last year.

Draping any Air Max in a precious metal colour is always going to be a risk, yet somehow this Air Max 1 “Liquid Gold” gets the balance just right. A shiny metallic gold surface adorns this AM1 and works well against a white sock liner. The all-white sole unit adds a perfect balance to this gold Air Max 1 and brings this Air Max 1 to a close. After being spotted on the feet of Beyoncé, these went crazy on the resell market. We can see why!

For the most part, women’s Air Max 95 sneakers tend to be very much the same. Pink, pastels and patent leather often adorn Sergio Lozano’s iconic design. However, back in 2016, Nike opted for a different approach. A pony hair upper featured bright reds, golds, greens and blues against black suede for a killer pair of women’s Air Max 95s. The golden detail was another nice detail, perfectly balanced against a white midsole and black sole. These sold out multiple times back then and it’s easy to see why.

Sometimes less really is more. By 2003, Nike had started to get a little bolder with its experimental colourways. At the start of the year, Nike had launched the “Lobster” Pack. Although the Air Max 95 was good, the Air Max 90 WMNS “Lobster” was an instant classic. White nylon and leather were contrasted with light blue and bright red for an eye-catching pair of women’s Air Max 90s. These maybe 18 years old, but they still look great.

2017 was a huge year for the Nike Air Max 97. Christian Tresser’s iconic design was turning 20 and to celebrate, Nike had big plans. One of the most memorable pairs to release was Swarovski x Nike Air Max 97 WMNS “Silver Bullet”. Taking the same instantly recognisable colour scheme, Nike applied genuine Swarovski crystals throughout the upper for one of the most luxurious Air Max 97s ever made. Released in limited quantities and with a high price point, these sold out instantly. These are a real gem in the women’s Air Max 97 category.

Quite simply put, this is one of the best Nike Air Max 90 colourways ever made, let alone women’s Air Max 90s. Originally launched in 1991, the Air Max 90 WMNS “Concord” was always going to be a big hit. White mesh and leather provided the perfect starting point for bright pink and deep purple accents to work against. A white midsole with a distinct purple window around the air unit was eye-catching, matching the purple sole perfectly too. Reissued in 2020 much to the delight of OG sneakerheads, the “Concord” was finally back at last.

So that concludes our list of the best women’s Air Max of all time! We hope that you enjoyed our selection and learned a little bit more about some of your favourite colourways. We also hope that you found a few new pairs that you’ll be looking to cop as well as some history behind each. If you like the look of any of the pairs you’ve seen, why not head over to KLEKT? We’ve got a number of women’s Air Max sneakers that you can cop today. What are you waiting for?! 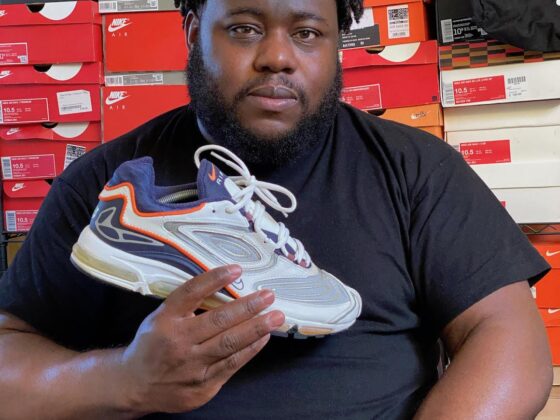 There’s Something in the Air: In Conversation with @styles_p_84 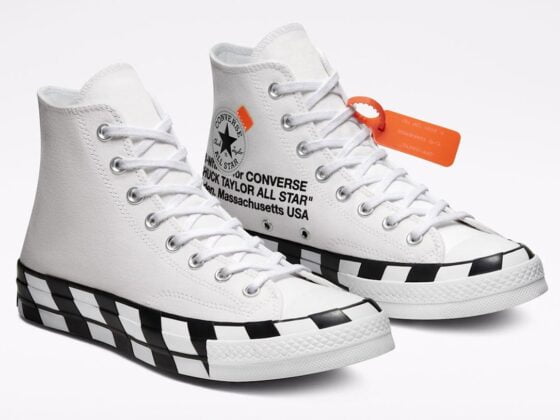 The Off-White™ x Converse Chuck ’70 2.0 Will Restock At the End of March