Since its debut back in January, the Off-White™ x Air Jordan 5 “Sail” has been a standout sneaker for many footwear fans. Although there’s been a number of speculated release dates, we’ve never had an official look at the collaboration. Numerous leaks have given us detailed shots, but for many sneakerheads, it’s not real until it comes from Nike. Thankfully, after months of speculation and delays, we now have a lookbook of the Off-White x Jordan Brand collab.

Inspired by the original Air Jordan 5 “Fire Red,” Virgil Abloh’s ode to the iconic Tinker Hatfield design is already looking like a classic. Constructed in “Sail” nylon, the shoe bears a vintage-style ageing process to give it an aged look. Black and red accents give this AJ5 a unique aesthetic, whist a yellowed midsole has been used to add to the history. Of course, the familiar cut-outs from the “Muslin” Jordan 5 have made a return, as has the traditional Off-White™ text and zip tag.

The matching clothing that goes alongside this collection is also a nice touch. In total, three pieces will launc; a hoodie, trousers and T-shirt. Much like the previous Off-White™ x Air Jordan 5 clothing capsule, the drop will use a slick co-branded design throughout, merging together the Wings logo and arrow design. However, the clothing will be slightly delayed, dropping later in the year around the “holiday season” as Nike states.

If you like the look of the Off-White™ x Air Jordan 5 “Sail” drop, then good news. The sneakers are set to release next week after a long wait. Check out the images below and let us know if you’ll cop these Off-White™ Jordans. 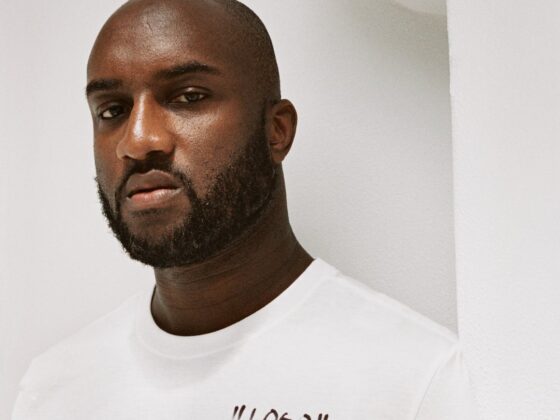