Check out the full Jordan list below and let us know which is your favourite.

After finishing his time at the University of North Carolina, Michael Jordan was quickly drafted by the Chicago Bulls for the 1985 season. His dominance throughout his college basketball career was unparalleled, so when he joined the struggling Bulls, it was his chance to shine. Of course, brands all over the world were keen to get Jordan’s signature, but he joined Nike and launched his first-ever signature sneaker.

The Air Jordan 1, designed by Peter Moore, sparked an entire line of sneakers. Featuring the familiar colours of the Chicago Bulls, the leather sneaker was perfect for Jordan’s rookie season. White, red and black leather all graced the sneaker, with a large Swoosh running down both sides. The addition of the iconic Wings logo was a reference to His Airness, featuring “Air Jordan” above a winged basketball.

In terms of importance in the sneaker world, few come close to the Air Jordan 1 “Chicago”.

After breaking his ankle in his second season, Michael Jordan was itching to get back to the court. Having been on the sidelines for so long, and after having so many issues with Nike on his designs, it was a tense time. Jordan was close to leaving Nike for Reebok after being unhappy with his first signature sneakers. In fact, he had already agreed in principle a deal with Reebok, with his family telling him to move away from Nike altogether. Thankfully, a newly appointed designer by the name of Tinker Hatfield managed to keep Michael Jordan at Nike.

Featuring a crisp white tumbled leather upper, the Air Jordan 3 saved Michael Jordan’s relationship with Nike. Cement print across the mudguard and heel gave the shoe added edge, with minimal branding on the shoe. Only the heel tab featured “Nike Air” and a large Jumpman logo on the tongue was a reference to Jordan’s first photo in the AJ1. It was a success and Jordan agreed to stay with Nike for the foreseeable.

When Jordan broke the Air Jordan 3 out on the court and dunked from the free-throw line during the Chicago All-Star Weekend, he made history. The sneaker helped Jordan to assert his dominance on the court for ASW, winning the Dunk Contest and All-Star Game MVP. Hatfield had saved Jordan’s Nike career and, in turn, bagged himself the lead designer job for the Air Jordan line. Whilst Jordan never won a title in the AJ3, he certainly started a sneaker revolution in them.

It would take Michael Jordan nearly six years to win his first NBA title. After trying and failing so many times, the Bulls could simply not get it right. The black and red Jordan shoes had become a trademark for Michael, taking inspiration from the darker side of the Bulls jerseys in the late 80s and 90s. The Air Jordan 1, Air Jordan 3, Air Jordan 4 and Air Jordan 5 had all been given the Bred treatment. However, it wasn’t until 1991 that they would eventually win a championship.

After coming up against the might Los Angeles Lakers, the Bulls, and Jordan knew that things would not be easy. Captained by Magic Johnson, the Lakers had created one of the most successful dynasties in basketball. The Bulls would go on to win the series 41-1, bringing the NBA championship to Chicago for the first time. Of course, the sneakers that Jordan wore were immortalised, dubbed the Air Jordan 6 “Rings”. This sneaker would start a wonderful winning streak for the Bulls and earn Jordan the first of six rings.

The success of the 1991 NBA Championship meant that there was now added pressure on the Bulls, and Jordan. Of course, that meant that they had to rise to the occasion, with Jordan’s footwear doing the same. Improving from the Air Jordan 6, the Air Jordan 7 was another of Hatfield’s masterpieces. It was much lighter and featured Huarache styling on the upper. Splashes of purple and red on a black nubuck upper gave the shoe its “Raptors” nickname.

Taking on the Portland Trailblazers for the 1992 NBA Championship, this series was closer than the previous year. The Bulls would eventually win the Championship for a second consecutive year, cementing Jordan’s legacy in Chicago. Of course, the Air Jordan 7 helped. Having brought the city’s second NBA title, the Bulls were considered gods amongst men. But could they do it a third time?

The Bulls had battled it out in 1993 to get to the NBA Finals once more, this time taking on the Phoenix Suns. Led by Charles Barkley, the Suns were a formidable force in the NBA. With the added pressure of a potential threepeat on the cards, the stakes were high. Never in doubt, the Chicago Bulls would go on to win the 1993 NBA Championship, creating a legacy that is still one of the greatest in sports history.

His Airness would lace up the Air Jordan 8, a much louder take on previous Jordan sneakers. Hatfield recognised the popularity that Jordan shoes were getting around the world, giving the AJ8 graphics on the side and a razor-sharp “23” across the straps. The sneaker defines what 90s fashion was all about. Ads with Bugs Bunny and Marvin the Martian also helped to make this sneaker a huge success.

After the iconic “I’m back” press release, basketball fans were thrilled to see the return of Michael Jordan. Many questioned how Michael Jordan would adapt upon his return in 1995. Nick Anderson of Orlando Magic commented how “it didn’t look like the old Michael Jordan…number 45 doesn’t explode like number 23 used to” after he faced him. The following game, Jordan dropped 38 points and changed his number to 23.

The Bulls were fined a hefty $25,000 for failing to report the impromptu number change to the NBA. However, Jordan was fined an additional $5,000 for opting to wear white sneakers when the rest of the Bulls wore black. Those sneakers were the Concord 11s. Hatfield’s design featured white mesh and a streak of black patent leather. They were eye-catching, cocky and, most of all, desirable.

Although it would take a year and a half for the Bulls to win another championship, Jordan’s absence from the game had done him no harm. In 1996, the Chicago Bulls would win its fourth NBA Championship, kicking off the start of a second threepeat. Jordan was well and truly back from his brief baseball career.

On Jordan’s feet were the Air Jordan 11, another of Hatfield’s iconic designs. Opting for a flashier approach, the all-black base was accented by patent leather on the upper. A white midsole and red outsole finished the Bred 11s off, making them one of the most desired sneakers on the planet. Although MJ may have worn the Concords for most of the season, the Bred 11s were what he won a ring in.

There are few sneakers more iconic than the Air Jordan 12 “Flu Game.” Throughout all of MJ’s career, he had rarely missed games. For the 1997 finals against the Utah Jazz, things had taken a turn. Now, the story differs on who you hear it from, but here are the facts. According to Jordan’s personal trainer, Tim Grover, he had contracted food poisoning from a pizza the night before.

““So we order a pizza, they come to deliver it, five guys come to deliver this pizza. And I’m just … I take the pizza, and I tell them, I said, ‘I got a bad feeling about this.’ I said, ‘I just got a bad feeling about this.’ Out of everybody in the room, he was the only one that ate. Nobody else. Then at 2 o’clock in the morning, I get a call to my room. I come to the room, he’s curled up, he’s curled up in the fetal position. We’re looking at him. We’re finding the team physician at that time. And immediately I said, ‘It’s food poisoning.’ Guaranteed. Not the flu.” Grover told ESPN.

Game five of the NBA finals saw a broken Michael Jordan put it all on the line for the game he loved. He was visibly sick, dehydrated and often short of breath. Though he may have started poorly in the first quarter, he would go on to lead the Bulls to victory. In Chicago’s 90-88 win, Jordan recorded an amazing 38 points, 7 rebounds, 5 assists, 3 steals and 1 block. His points also included a 3-pointer with less than a minute left that led the Bulls to victory.

It may be Jesus Shuttlesworth that made the Air Jordan 13 such a hit, but Michael Jordan had some pretty memorable moments in them too. In 1995, Jordan was given the nickname the “Black Cat.” His speed, deadly ability and personality made him one of the most revered basketball players in history. Playing with that nickname, Tinker Hatfield came up with the Air Jordan 13; a shoe that was inspired by a black panther.

The combination of black leather and suede throughout the upper made the shoe stealthy. It also happened to use a holographic “23” which was designed to look like a panther’s eye. For Jordan, the AJ13 “Playoffs” hold a special place in the history books. The Utah Jazz won Game 5 83-81 in the NBA Finals as Jordan’s final shot missed by about 3ft. What would happen in the Air Jordan 14, however, would change sporting history forever.

Michael Jordan’s final championship with the Chicago Bulls was eventful. After 1997‘s versus the Utah Jazz, things had gotten personal between Jordan and his new-found foes. With the Bulls losing game seven 86-83 with 41.9 seconds to go, it looked as though the second threepeat was over. Phil Jackson, Head Coach of the Bulls, called a timeout. The players needed to reset and what followed has become the stuff of sporting legend.

Once play had resumed, the ball was passed to Jordan who drove to the basket. Shooting over several Jazz defenders, the lead was reduced to 86-85. The Jazz, now in possession, looked to kill the game off through Karl Malone. However, Malone was blocked by Bulls defender Dennis Rodman. Rodman stole the ball, with Jordan then taking it out of his hands and driving towards the basket. With seconds to go, Jordan cutback from Jazz Guard Bryan Russell and made arguably the most iconic shot of his career, jumping back and throwing the ball for two points. “The Last Shot” as it would be nicknamed, secured the Bulls a sixth NBA Championship.

On Jordan’s feet, that night were the Air Jordan 14; one of the final Tinker designed Jordan models. Taking inspiration from MJ’s love of Ferraris, the sneaker featured perforated leather in the familiar black and red colouring. A small yellow Jumpman badge located on the ankle was a knowing nod to the Ferrari logo. This sneaker was written into the history books and rightfully so. It is a peace of sneaker history.

We hope you enjoyed our article on the best Air Jordans in The Last Dance. With the series having a few more episodes left, it’s safe to say that we’ll see some more OG Jordans. If you’re looking to cop a new pair of Jordans, then head over to the store! 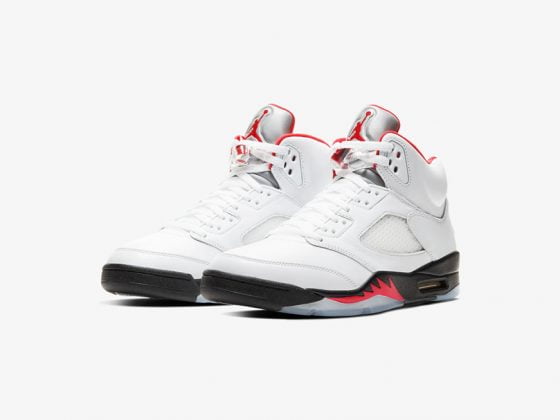 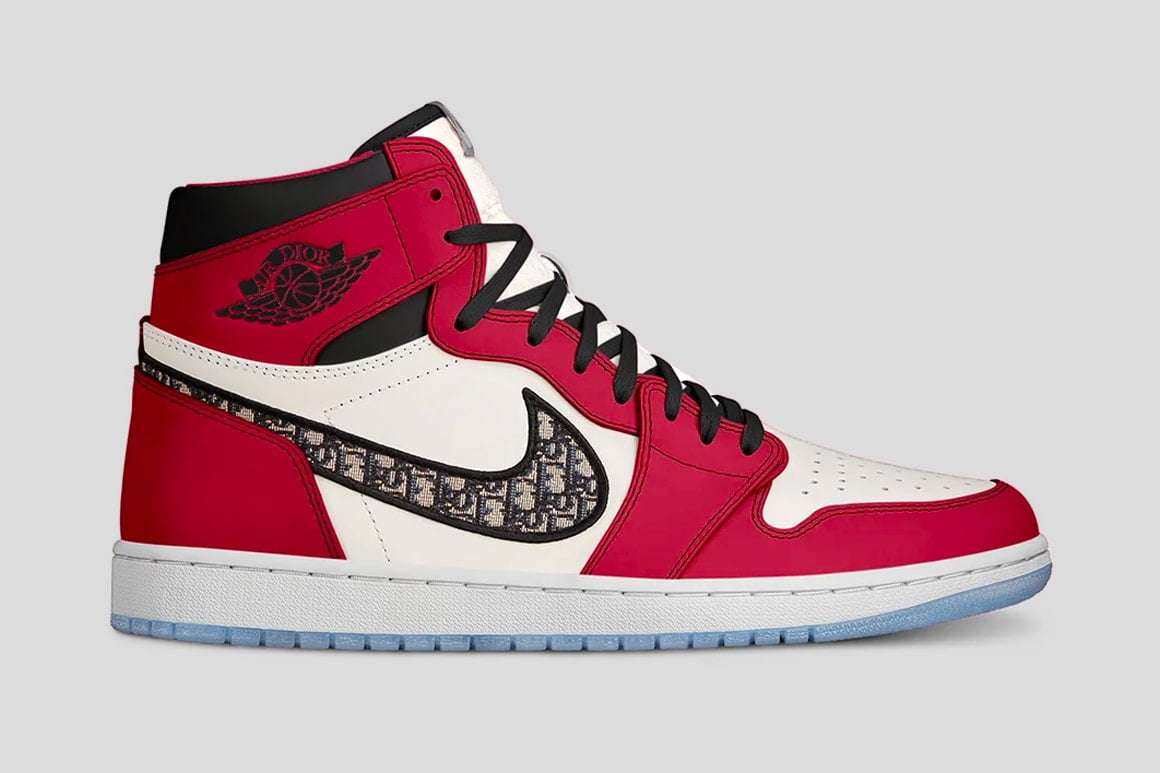 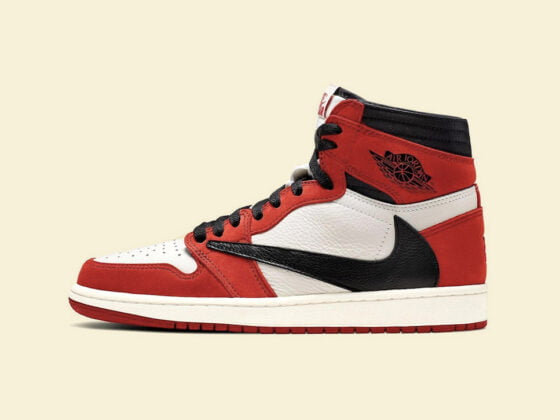 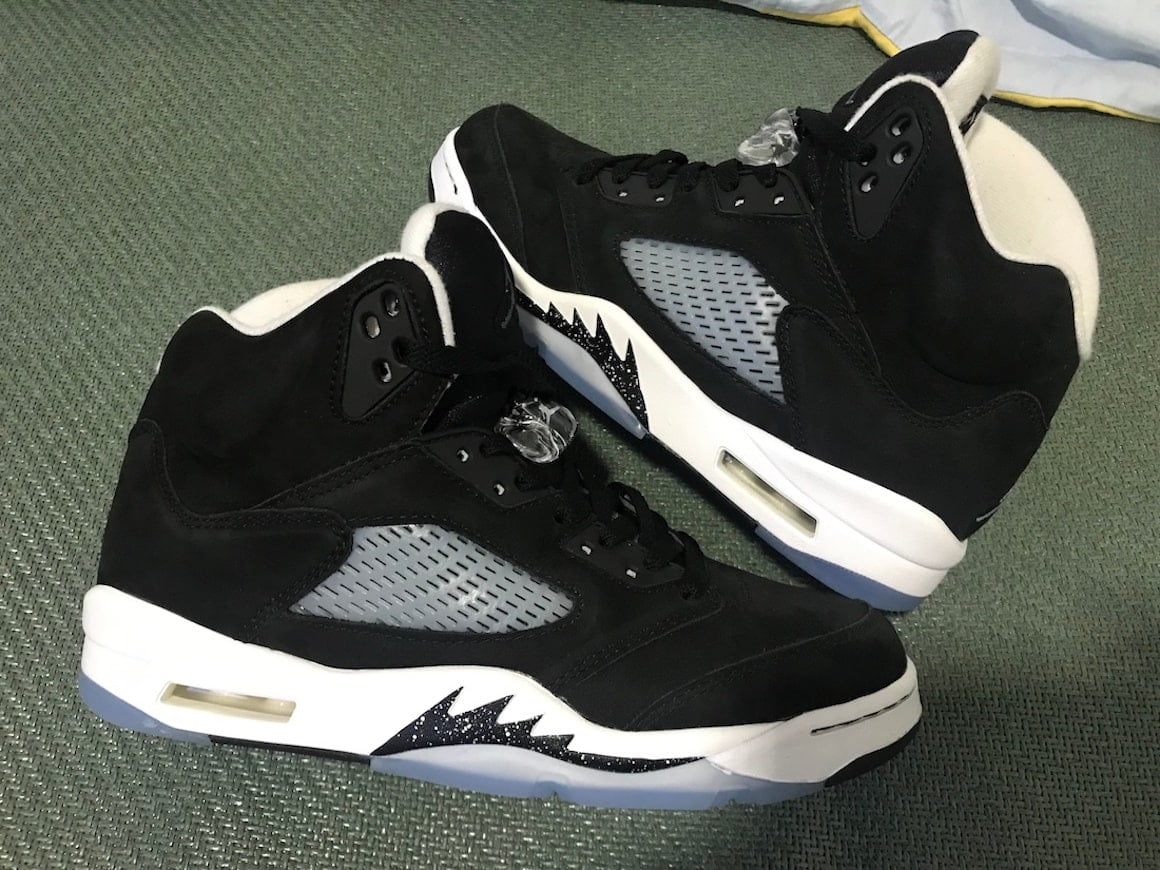 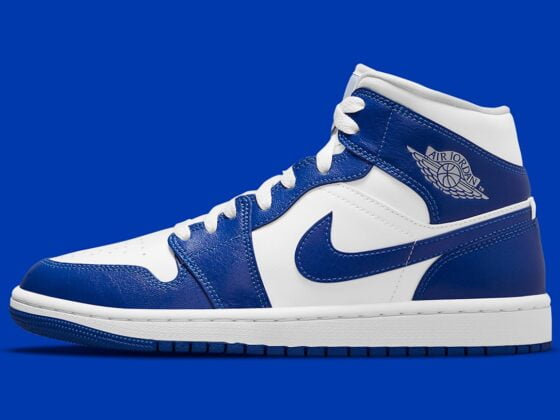 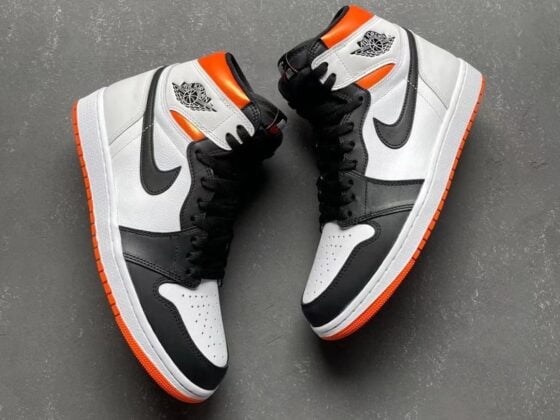 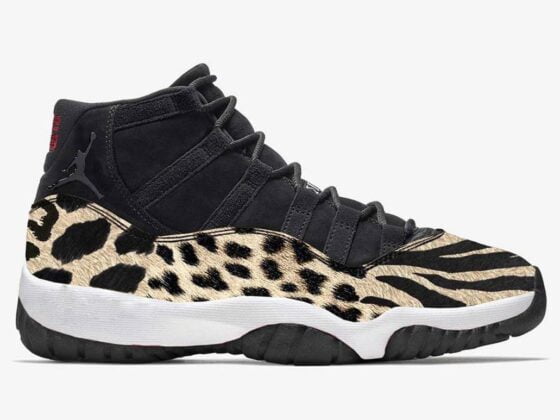 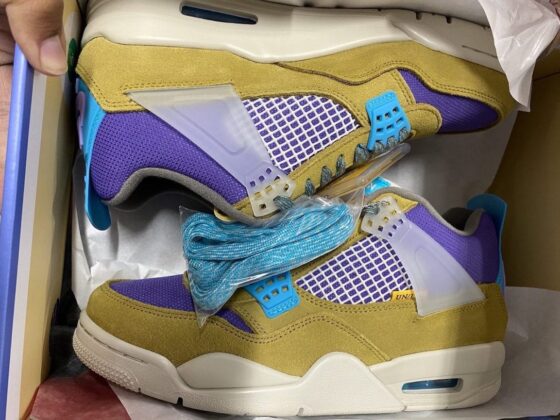