Since 2002, the Quai 54 basketball tournament has provided residents of Paris with an event like no other. Started by Hammadoun Sidibé and Thibaut de Longeville, the Quai 54 tournament showcases the talent that Paris has within its walls. Nike has sponsored the event from the beginning, with Jordan Brand getting involved around 2006. 14 years later and Jordan Brand’s Quai 54 exclusive pieces have become a key part of the sneaker calendar. Whilst the 2020 Quai 54 event may be postponed due to COVID-19, that’s not stopped the two creating a luxury Air Jordan 6.

Taking inspiration from the City of Love, Quai 54 and Jordan Brand have combined a natural-looking colour palette with premium materials. A subtle cream base makes way for brown, orange and gum highlights throughout. On the midsection, a clever mixture of tribal patterns and basketball effigy’s can be seen, merging Quai 54 and Jordan Brand together well. However, it is the differences in the left and right shoe that has caught the attention of many.

On the right shoe, the Quai 54 logo can be seen on the tongue and heel, whilst the left shoe features a Jumpman and Nike Air. Unlike previous Quai 54 x Jordan collabs, this is the first time that alternating logos has been used. Whilst the tournament may not be going ahead, it’s still great to see some Quai 54 Jordans release.

As always, you can expect these to be a tough cop. Launching in full family sizing during July, this will be one Air Jordan 6 for the whole fam to cop. Check out the images below and let us know if you’ll cop these Quai 54 Air Jordans. 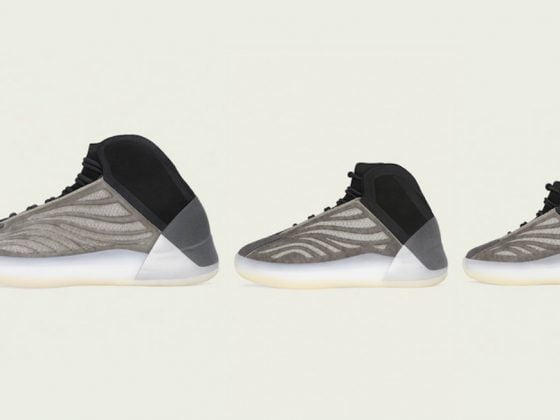