Over the past few years, Virgil Abloh has cemented himself as one of the most influential people in fashion. The Off-White™ founder is without a doubt a key figure in sneakers too since his debut collection with Nike. In recent years, Abloh has taken a new approach to his footwear creations with Nike. Arguably, Off-White™ x Nike is the hottest in sneakers. Earlier this year, we saw glimpses of the upcoming Off-White™ x Nike Rubber Dunk, which Abloh has gifted to close friend and skater, Stevie Williams.

Originally set to launch during the Tokyo Olympics, the Rubber Dunk has since been delayed due to COVID-19. Of course, that hasn’t stopped Abloh from giving a few pairs out to close personal friends. Debuted on Williams’ Instagram was the “Metallic Silver” Off-White™ x Nike Rubber Dunk. The sneaker features tooling from the Nike P-6000 and the Dunk to create a 21st-century take on the chunky skate silhouette.

Metallic silver is contrasted by light blue cages and a white mesh to balance this Dunk out. Signature details such as the text on the medial side and shoelaces also come as standard, with the orange tag below the Swoosh visible too. As a friend of Abloh’s, Williams’ pair of Dunks has been customised. The box reads “Black Skaters Matter” as well as “Virgil for Williams ©2020.”

For now, there is no retail release date has been set for the Off-White™ x Nike Rubber Dunk. Check back to the KLEKT Blog where we’ll be updating you. Would you wear these Nike Dunks? 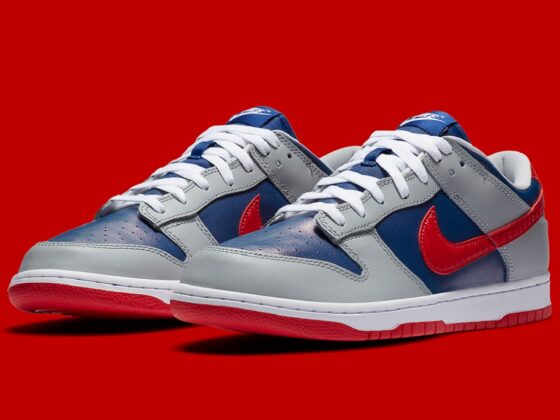 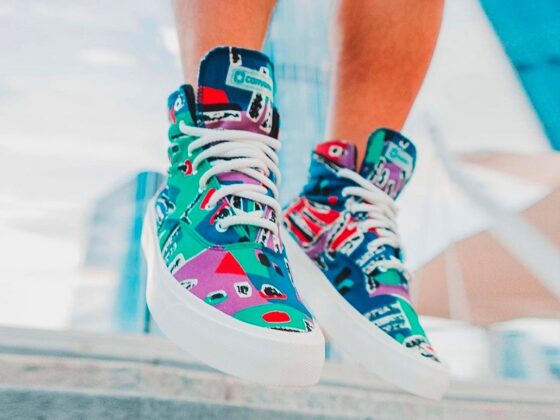