Reinventing a 33-year-old silhouette can be tough, but somehow Union LA managed to do just that in 2018. Having been granted the chance to create its own Air Jordan 1, Union knew that it had to get it right. Following on from big collaborations with the likes of Off-White™, it had already been a big year for Jordan Brand. Fortunately, Union didn’t seem to worry. Creating two of the most hyped sneakers of the year, Union’s Air Jordan 1s were a thing of beauty.

Seamlessly merging two colourways of the Air Jordan 1 together, Union took the “Neutral Grey” and “Black Toe” Jordan 1s to a new level. The striking collaboration put Union LA on the map for many sneakerheads. Selling out quickly on release day, the Union Jordan 1s went on to become one of the year’s hottest sneaker releases. As you would expect, this led to a number of fake Union Jordan 1s entering the market.

This week’s episode of Real vs Fake sees Dr KLEKT take on the Union LA x Air Jordan 1 “Black Toe.” As our resident authentication expert, Dr KLEKT shows you just how to spot a fake Union LA Jordan 1. There are a number of interesting details that you might not expect to see, so make sure you check out the video below and enter the giveaway!

Of course, that’s not all that we’re going to show you. Below, we’ve put together a complete guide on how to spot a fake Union LA x Air Jordan 1. We’ll be running through the key details to look out for as well as some areas that you may not think to check. Without further delay, let’s start this fake education guide off!

You didn’t think it was going to be that easy, did you? Now, before we start, we want to test your sneaker knowledge. One of the Union Jordan 1s below is real and one is fake. We want you to pick which you think is the authentic Union Air Jordan 1 “Black Toe” and which is the replica. Are you ready…go!

As with all of our Real vs Fake guides, we’re going to talk to you about how the price can help you spot fake sneakers. When the Union LA x Air Jordan 1s dropped in 2018, they were not cheap. Retailing at €190, this was on the higher end of the scale for Jordan 1s. However, they soon eclipsed that retail price, quickly reaching the €800 mark. As it stands, the Union Air Jordan 1s have a resale price of €980+ on KLEKT.

The price is one factor that you can’t check quickly when legit checking these Jordan 1s. Most fake sneaker manufacturers will try and lure you in with a cheap price. Now, we’re not saying that bargains can’t be had in the sneaker world. However, if the pair of Jordan 1 Unions that you’re looking at is way below market value and also retail, then walk away. It’s one of the simplest ways to determine whether or not a pair of sneakers is real or fake.

If you guessed the UNLA Jordan 1 on the right was real…you were correct! This was definitely one of the toughest comparisons that we have had so well done if you got the answer right. If you picked the fake Union LA Air Jordan 1, don’t worry. We’re going to teach you exactly how to spot fake Union LA Jordan 1s below. Let’s get started, shall we?

As with pretty much all fake Jordan 1s, the packaging is one of the key areas for you to look at. The Union LA Jordan 1s came with a unique box, made up of classic Jordan adverts. For this reason, it has remained one of the hardest boxes for replicators to get right. Below, we’re going to show you a couple of areas to look for when carrying out a Union Jordan legit check.

Now, the difference between these real vs fake Union Jordan 1s is clear to see just from the packaging alone. If you look at the box on the right, the colours are vibrant and the details are pretty amazing. You can see that the colours pop, with the crisp red Jumpman in the middle being perfectly visible. However, the fake Union LA Jordan 1 is nowhere near.

The colours are very faded on the fake Jordan 1 box, a quick sign for you to look out for. Another key element to take a look at here is the overall quality of the printing. You can see on the fake Union Jordan 1 that the box appears much more grainy, something highlighted in the “Jam & Slam” section on the side. We didn’t even have to check the shoes to notice this difference, so just be wary!

All Jordan 1s are great, but there are a couple of details on the Union LA versions that set them apart. For one, the Union Jordans feature a hangtag, much similar to that found on an Air Jordan 3. The unique touches on these Union Jordans are what made them a success and its also what can help you to determine a real or fake pair.

If you look at the hangtags below, you will see that there are some clear discrepancies. The authentic Air Jordan 1 Union LA hangtag is printed in a perfect red square. The fingers on the Jumpman are visible and there is no red paint around the Jumpman at all. However, the fake Union LA Jordan 1 is not so good. The red square is printed wonkily and there is paint around the face of the Jumpman and the fingers. Although these are small details, they make a very big difference.

Designed by Peter C. Moore on the back of a napkin, the Wings Logo design seamlessly blends the concept of Michael Jordan taking flight, given his “air” nickname. As one of the most important parts of the Air Jordan 1, the Wings Logo is one of the key areas to check. On this particular pair of fake Union Jordans, the Wings Logo was way off.

You can see in the image below that the proportions simply aren’t right. The logo looks far too big, almost stretched across the ankle support. Another important detail is the colour; it’s simply too dark on the fake Union LA Air Jordan 1s. If you take a look at the real, you can see how it should look. The Wings Logo fits perfectly between the stitching lines and is also a light grey which perfectly matches the collar.

Air Jordan 1s have an instantly recognisable shape, let’s be honest. The high top silhouette has a couple of distinct areas for you to check, but most easily visible is the “hourglass” figure as Dr KLEKT puts it. All Jordan 1s will have this shape, being thicker towards the heel, thinner towards the middle and thicker towards the top. It is what makes the shoe so distinctive in appearance, with Union making sure they got it spot on.

You can see that the shape on the fake Union Jordan 1 is simply nowhere near the real deal. The whole shoe simply goes straight down, with no difference in thickness between any section. This was a very quick giveaway for us, but more importantly, it can be used to legit check all Jordan 1s.

This is one of the most important areas for you to check on any Jordan 1. The tongue tag has several details that can help you determine the authenticity and, for the most part, these details are all the same. On this particular pair of Jordan 1 Unions, we are going to be looking at the colour and the readability of the font.

Below, you can see that the real Union Jordans use a light grey tag. The font is also very clear and starts just after the top of foam on the tongue, just the same as every authentic Jordan 1. However, when looking at the fake Union 1s, the differences are clear.

As you would expect, Union really pushed the boat out on its Air Jordan 1 collaboration. One of the most unique details on this Jordan 1 is the tissue paper. Now, we didn’t show you this earlier because the fake was very close to the real thing. However, the design features the notes that were taken when Union sat down to design it’s Air Jordan 1. The entire tissue is covered in this text which, coincidentally, also made its way to the insole.

If you take a look below, you will see that the text on the real Jordan insole is perfect. The intricate details of each word, diagram and the “UNION” label on the bottom are all easy to read. However, the fake is not so good. The text is blurry and it is difficult to read some parts of the writing. Furthermore, you will also see that the diagrams in the top of the insole do not match, with the fake UNLA Jordan 1 starting earlier than the real. The devil really is in the detail on these sneakers!

You probably know about the UV Test by now if you’ve been following KLEKT. We could not recommend getting a UV light highly enough. These cheap tools can help you determine the authenticity of almost any sneaker, picking up on parts that the naked eye cannot see. All of our authenticators use UV lights and they are an essential tool for us to have. Below, we’ll show you exactly why UV light will show you how to spot a real vs fake Union LA Jordan 1.

The second point we are going to look at is the leather panelling. You can see on the fake Union Jordans that there is a faint yellow glow that goes throughout the leather. This glow does not appear on the real Union Jordan 1s, another flaw that these fakes have.

If you ever want to know how to spot a fake Jordan 1 Union LA sneakers, then just remember the following:

So, guys, that concludes this week’s episode of Real vs Fake! We hope that you enjoyed it a learned a little something about real vs fake Union Jordan 1s. As always, if you are looking to buy a pair of Union x Air Jordan 1 “Black Toes” then be safe out there. Of course, if you don’t want the stress or the possibility of getting a fake pair, then come to KLEKT! Our authentication team carry out strenuous tests to make sure that every item you receive is legit. What are you waiting for? Head to KLEKT now! 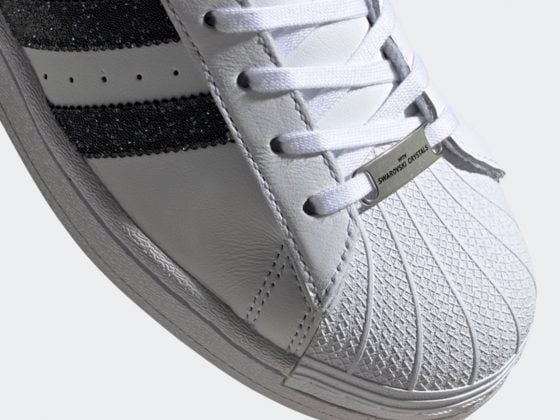