After rumours began to stir that four new Supreme x Nike SB Dunk Lows were on the way, many sneaker and streetwear fans were quick to pay attention. Inspired by the iconic 2003 Supreme x Nike Dunk High, the news was certainly big. Although we’re yet to get official confirmation from Supreme or Nike, the world of sneaker leaks has already got the latest details. Now, we have a first glimpse of what to expect from the upcoming collab.

As you can see from the images below, these are already looking like one of the best Supreme Dunks we’ve seen. Dropping in four colourways, “Black,” “Barkroot Brown,” “Mean Green” and “Hyper Blue” you’ll be spoilt for choice when it comes to this collab. Constructed using contrasting smooth leather and faux crocodile leather, the luxurious spin on the Dunk is a winner in our eyes. Stars can be seen on the midsection just as they were on the high top version. Crisp white laces and a matching midsole create a nice divider between the leather upper.

For now, there are conflicting release dates for the Supreme x Nike SB Dunk Low. Some are reporting that the collab will drop for FW20 whilst others suggest that it is early 2021. All we can do is sit and hope that these will come out sooner rather than later. Check out the images and let us know which Dunk colourway is your favourite. 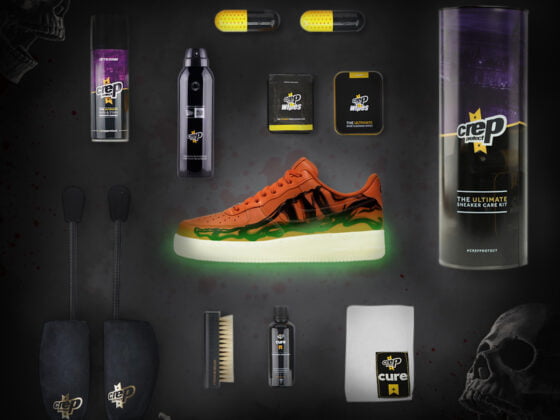 The adidas Yeezy 500 “Utility Black” Will Return This Month