Since first releasing in 2015, the adidas Yeezy Boost 350 has become one of the most popular pairs of sneakers of all time. Kanye West’s low top adidas silhouette is now a staple in the footwear industry, being worn by musicians and mums alike. Although we saw the introduction of the Yeezy Boost 350 V2 in 2016, the model has not changed for well over five years. However, that all looks to be changing. In fact, we now have a closer look at an upcoming “Molofilament” Yeezy 350 V2 pack.

As you’ll no doubt have seen, the upper on the adidas Yeezy Boost 350 V2 “Monofilament” pack is nothing like we’ve seen before. The almost transparent monofilament construction replaces the traditional Primeknit, putting a new spin on this Yeezy model. A skeletal cage system can be seen underneath the fabric, giving the sneaker an almost X-ray feel. Of course, the classic Boost midsole has remained the same, but other updates include visible holes in the upper and a set of thicker laces. Dropping in four colours; “Mono Ice”, “Mono Mist”, “Mono Clay” and “Mono Cinder”, these are going to be a big hit when they drop.

Right now, there’s no real release information for the upcoming adidas Yeezy Boost 350 V2 “Monofilament” pack. What we do know is that these are likely to launch later in the year for around €220. Check out the images and mock-ups below and let us know if you’ll cop these Yeezys. 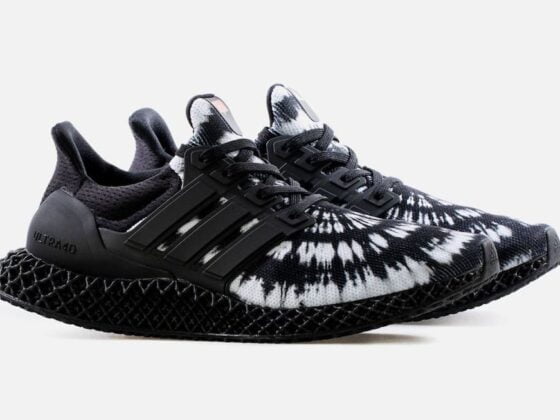