Over the past six years, adidas and Kanye West have been cooking up a storm in the world of fashion. Since Yeezus’ dramatic departure from Nike in 2013, the two haven’t looked back. No producing one of the most widely recognised sneaker lines in history, adidas Yeezys have had a dramatic influence in sneaker culture. One of those silhouettes, the adidas Yeezy Boost 350 V2, is dropping in a brand new colourway dubbed “Zyon.”

Favouring Kanye’s favoured earthy palette, the “Zyon” 350 V2 is a combination of grey and brown Primeknit used across the entire upper. However, it is the large stripe across the upper that takes centre stage on this Yeezy 350. The dark grey stripe perfectly balances out the shoe, with a set of grey rope laces and matching sockliner bringing it all together. he au naturale vibes continue across the shoe, with the slightly translucent Boost midsole contrasted by a gum outsole.

If you’re looking to cop these Yeezy 350 V2s, the good news is you don’t have long to wait. The adidas Yeezy Boost 350 V2 “Zyon” will release later this month at select retailers for €220. Check out the early images below and let us know if you’ll cop these 350s. 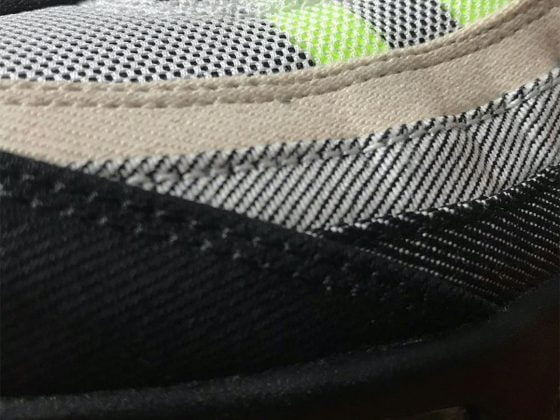 A New Balance 1300JP Made in Japan Is on the Way